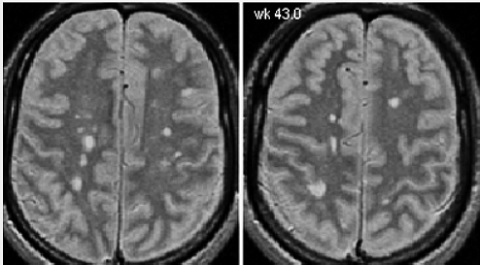 According to new research set to be presented at the American Academy of Neurology Annual Meeting, women with diagnosed MS did not demonstrate an increased risk of relapse after giving birth, breastfeeding and resuming treatments.

More than 20 years before disease-modifying therapies (DMTs) were available, women with MS were recruited from referral centers and  demonstrated  a decreased risk of relapse during pregnancy. In the early postpartum period, however, a significant relapse of MS activity was evident among the women.

A survey asked 375 women about treatment, breastfeeding and history of disease relapse. Of the 375 women, 466 pregnancies occurred between 2008 and 2016. Thirty-eight percent of the women in the survey did not take any medication or treatment for MS in the year prior to conception.

Results: clinically isolated syndrome was present in 14.6% of women and relapse occurred in 8.4% of the women.

During the first-year postpartum:

Prior to pregnancy, the annual relapse rate was 0.39. During pregnancy, this rate declined to 0.14, and then to 0.07.  No rebound disease activity was evident during the postpartum period. In the first 3 months after birth, the annual relapse rate was slightly lower than the rate before pregnancy at 0.27, and at around 6 months, rates returned to 0.37 (the level before pregnancy had occurred).

Women who only breastfed for at minimal of 2 months experienced a 40% lower risk for postpartum relapse than women who did not breastfeed. This was the same for women who used a formula to feed their babies instead of breast milk. Furthermore, there was no effect on postpartum relapse when women started back up on ‘modestly effective’ DMTs.

Read more on this study here.