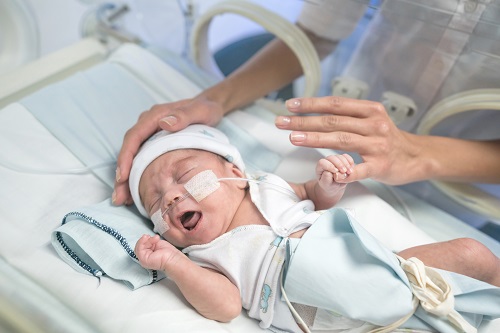 Adverse Birth Outcomes Up for Women With H1N1 Flu in ICU

As far back as the 1960s, the influenza vaccine has been recommended to women who are pregnant as it decreases the risk of influenza in not only the pregnant women, but also their infants. Several professional organizations, such as the CDC and the ACOG, have been recommending flu shots among pregnant women since 2004.

Women that are pregnant who get influenza are at a significantly increased risk for morbidity and mortality. This increased risk is thought to be due to the numerous physiologic changes that occur during the course of pregnancy, such as increased heart rate and oxygen consumption, decreased lung capacity, and a compromised immune system.

It is important to remember the 2009 influenza A H1N1 pandemic that lead to maternal ICU admissions and mortality in pregnant women. Pregnant women with influenza are not the only ones affected; babies born to mothers with the influenza during pregnancy are also at an increased risk of adverse outcomes due to the exposure and their lack of immunity.

A recent report from the CDC found that “68% of pregnant women who received both a recommendation and offer from their physician or other healthcare provider were vaccinated against influenza compared to only 8.5% who received no recommendation.”

Even in the small event of something bad happening, such as a small reported number of spontaneous abortion after influenza vaccination, the consensus from the medical community about flu vaccines for women who are pregnant remains to be recommended.