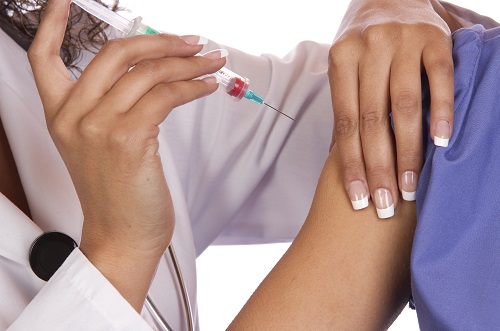 Last flu season, 180 children died after contracting the flu – one of the worst flu seasons ever recorded.

Despite consensus by the medical community that the flu vaccine is effective and safe, a new national survey by the Orlando Health Arnold Palmer Hospital for Children found that a shocking number of parents are still skeptical about not only the effectiveness of the flu shot, but the safety of it as well.

This survey found that more than half of parents with children under 18 believe that their child(ren) can get the flu from the flu shot. A third of parents thought that the flu shot does not protect against the flu.

Many parents do not know that once you receive a flu shot, it takes around two weeks for the body to build up antibodies to adequately protect against the flu – the time during which there is still susceptibility to contracting the flu virus. Not surprising, then, if someone does get sick during this time, parents assume that the flu was caused by the flu shot; this assumption, however, is incorrect.

Parents still question the safety of the flu vaccine. According to the survey, 30 percent of parents think the flu shot is a conspiracy, while 28 percent believe it can cause autism.

Many studies have shown that the flu shot is completely safe; based on extensive science and research, the flu shot it is the greatest way people can protect themselves and others against the flu.

This survey shows several common misconceptions of the flu vaccine in terms of its effectiveness and safety and health care professionals should take greater measures in educating their patients about the importance of getting the flu vaccine.