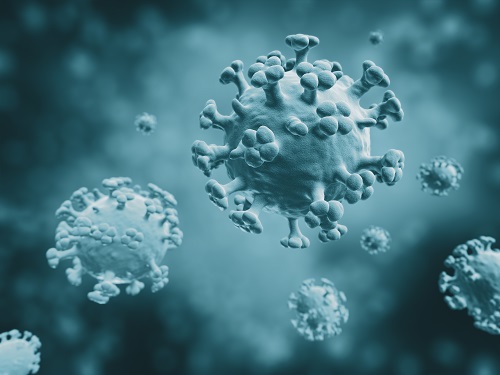 This year’s flu season has already turned bad quickly, and experts worry the worst is still to come.

Flu cases and flu-related hospitalizations have risen sharply since October, with at least 6.4 million reported cases and 55,000 hospitalizations, according to the U.S. Centers for Disease Control and Prevention.

At least 2,900 Americans have died from the flu, the CDC reported late last week.

“The season started in earnest earlier than it usually does. It crossed the threshold of an outbreak earlier,” said Dr. Anthony Fauci, director of the U.S. National Institute of Allergy and Infectious Diseases.

“But the trajectory of the cases is really on a trajectory very similar to two of the worst years we’ve had on record,” the 2014-2015 and 2017-2018 seasons, Fauci continued. “Obviously, flu is forever unpredictable. It may turn around and peter out. But right now, the trajectory that it’s on looks like it’s going to be a really bad season.”

Comparing the trajectories, flu activity this year has surpassed the peak for 2014-2015, Fauci noted. And it’s climbing toward the peak for the 2017-2018 season, which wound up being the deadliest in nearly a half-century.

However, it’s still too early to say whether this accelerated rise in cases will translate to a severe flu season overall, said Dr. Amesh Adalja, a senior scholar at the Johns Hopkins Center for Health Security, in Baltimore.

“It’s unclear when we’re going to hit that peak of the season. If that peak is reached earlier, I don’t think we will have as severe a season as was the case a couple of years ago,” Adalja said.

“But if we continue to see increasing numbers over the next couple of weeks, I do think we may have one of our more severe seasons. It’s still too early to say. It’s difficult to be in the prediction business when it comes to influenza,” he concluded.

The oddest part of the flu season is that the influenza B strain has proven to be dominant, with the more virulent influenza A strains of H1N1 and H3N2 playing only a supporting role, CDC data show.

Influenza B tends to hit children harder than adults because it is a more stable strain that undergoes less mutation between seasons, so adults tend to have better immunity from prior exposure, explained Dr. Robert Glatter, an emergency medicine physician at Lenox Hill Hospital in New York City.

“Children are at higher risk this flu season primarily due to a greater susceptibility to influenza B, the dominant strain we are seeing so far,” Glatter said.

There have been 27 pediatric flu deaths reported so far, according to the CDC.

Fauci said that it’s too soon to say whether this year’s flu vaccine is effective against the strains that are circulating.

“It isn’t a complete mismatch, but it isn’t a precise match,” Fauci said.

Nevertheless, the experts agree people still have time to get a flu shot.

According to Glatter, “The best way to protect yourself is to get a flu shot, and by washing your hands for at least 20 seconds with soap and water. While we don’t know if the flu season will get worse, it’s vital to get a flu shot if you haven’t had one yet.”

“It’s not too late to get vaccinated at all,” he stressed. “The advantages of vaccination are very clear. It cannot only protect you against infection, but if you do get infected it might prevent you from getting a serious complication from the disease.”

The U.S. Centers for Disease Control and Prevention has more about this year’s flu season.