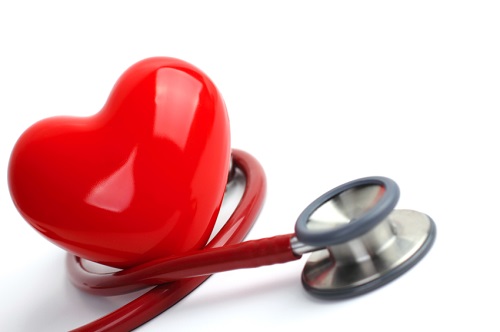 Getting the flu may not only make you feel crummy, it also might land you in the hospital for heart problems.

A team of researchers analyzed monthly flu reports from the Centers for Disease Control and Prevention in four communities across the United States between October 2010 and September 2014. For every 5 percent increase in flu activity, they found that hospitalization rates for heart failure rose by approximately 24 percent in the same month.

The findings will be presented Saturday during the American Heart Association’s Scientific Sessions conference in Chicago.

“Influenza can influence cardiovascular events especially in high-risk individuals, so we should not be complacent about vaccination,” said Dr. Scott Solomon, the study’s senior author and a professor of medicine at Harvard Medical School and Brigham and Women’s Hospital in Boston. “The single best way to improve influenza-related outcomes is to vaccinate people.”

Research earlier this year found that people were six times more likely to have a heart attack in the week after being diagnosed with the flu. But the impact of the virus on heart failure, a condition in which the heart muscle becomes too weak or stiff to pump blood efficiently through the body, hasn’t been as clear, Solomon said.

“The goal of this study was really to look at whether we could relate influenza activity occurring regionally and temporarily, or at a particular time of the year, with heart failure hospitalizations that were occurring around the same time,” he said.

Donna Arnett, an epidemiologist and dean of the University of Kentucky College of Public Health, who was not involved in the new research, said the increased risk of heart failure hospitalization found in the study was small but significant enough to send a message.

“The biggest takeaway here is that people who already have heart disease and may be susceptible to heart failure should definitely be vaccinated because influenza is, for the most part, preventable with vaccination,” she said.

The mechanics behind how the flu actually contributes to heart failure is unclear, but Arnett said that’s not “as relevant as what we already know about preventing influenza.”

“From my perspective as an epidemiologist, we have a vaccine to prevent the disease. We should employ that vaccine as widely as possible, particularly for those who are susceptible to heart failure,” she said.

Flu activity in the U.S. usually begins in October or November, peaks between December and February, and can last as late as May, according to the CDC. Each year in the U.S., the flu is estimated to cause between 12,000 and 56,000 deaths and up to 710,000 hospitalizations.